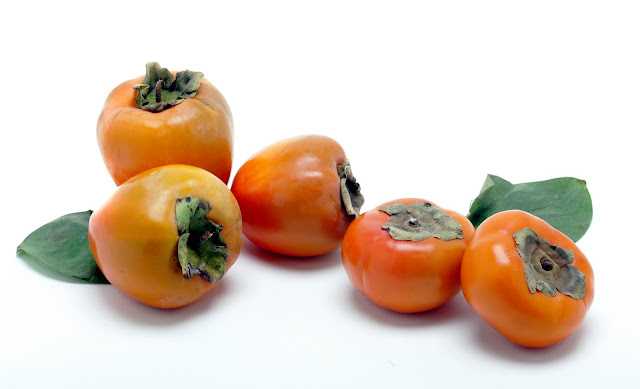 Fuyu and Hachiya persimmons are the two most common persimmon varieties available in North America. They are both from a genus called “fruit of the gods” in Greek and they are both in season in the fall. Here are some facts/tips to remember how to buy, store, and use them below.

Fuyu persimmons are distinguished by their “flat” bottoms and squat shape. Fuyus should be more orange then yellow and are at their best when just barely soft. You eat them like an apple, so slightly firm fruit is OK.  They will ripen after being picked, so buying rock-hard fuyus and allowing them to ripen at home can be a good strategy. They can also be roasted to great effect. They have a mild, pumpkin-like flavor, and are often used as decoration during the Fall. 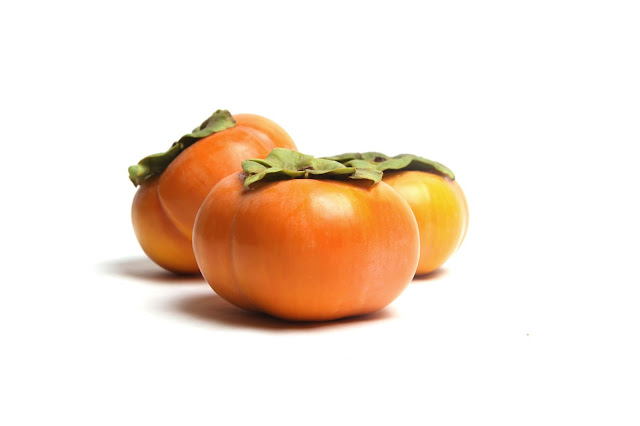 Note: If you encounter seeds, simply remove and discard them.

Hachiya persimmons are mouth-puckeringly tart unless extremely ripe. Ripe hachiyas are unbelievably soft – and are often almost liquified into a smooth pulp inside. You can tell the difference between Hachiya and Fuyu persimmons, because Hachiyas are elongated and oval shaped instead of squatted and round. They will ripen once picked, so you can let them soften on the kitchen counter until ready to use. 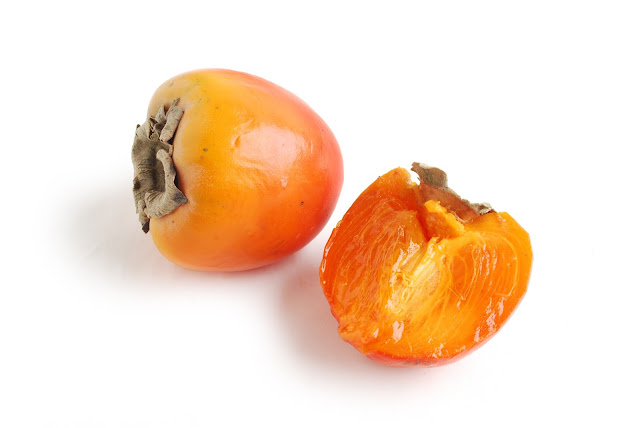 Hachiyas are commonly thought of as “baking” persimmons and are usually peeled and pureed into a pulp to add to baked goods. They add stable moisture and a mild, pumpkin-like flavor to cakes, puddings, smoothies, and other treats.

And, because we are the leader in specialty product varieties,, we would be remiss if we didn’t include the Cinnamon Persimmon.

Once native to China and Japan, persimmons, also known as kaki fruit or Sharon fruit, are now widely grown for commercial use in California. Melissa’s Cinnamon Persimmons are also known as “Hyakume” or “Howard’s Amagaki”. This so-called ‘cinnamon’ variety is named for the sweet flesh and dark speckling inside, reminiscent of cinnamon. Prized throughout the Orient as a ‘goma’ or dark-fleshed variety, they are often softened or cured in alcohol fumes. This curing means the cinnamon persimmon has very little tannin, which is often associated with regular persimmons. 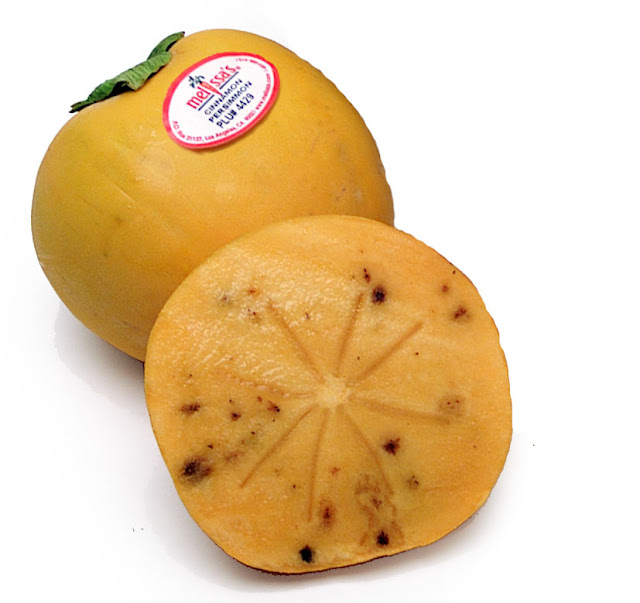 Our Cinnamon Persimmons are a great winter salad ingredient when accompanied by walnuts and pomegranate seeds. For a real taste treat, enjoy this sweeter variety of persimmon with a crisp, juicy flavor. Cinnamon Persimmons, exclusively from Melissa’s!

Beneath the deep orange skin lies a golden flesh with flecks of brown, an indication that this is no ordinary persimmon. Many liken the fruit of this variety to both the Fuyu and Hachiya combined with a sprinkling of cinnamon. They can be eaten out of hand when they become soft to the touch as well as used in cakes, tarts, and puddings.

Cinnamon Persimmons from Melissa’s are hand-selected for excellent quality. Choose smooth, brightly-colored Cinnamon Persimmons that are plump and firm. Ripen at room temperature and store refrigerated for several days. Then simply rinse, peel and slice.

How to Buy and Store Persimmons

Whether Fuyu or Hachiya, look for persimmons that are bright and plump and feel heavy for their size. They should have glossy looking skin without any cracks or bruises. Persimmons from Melissa’s are hand-selected for excellent quality. Ripen at room temperature and store refrigerated for several days. Then simply rinse, peel and slice.  You could speed up the ripening by storing them in a paper bag.